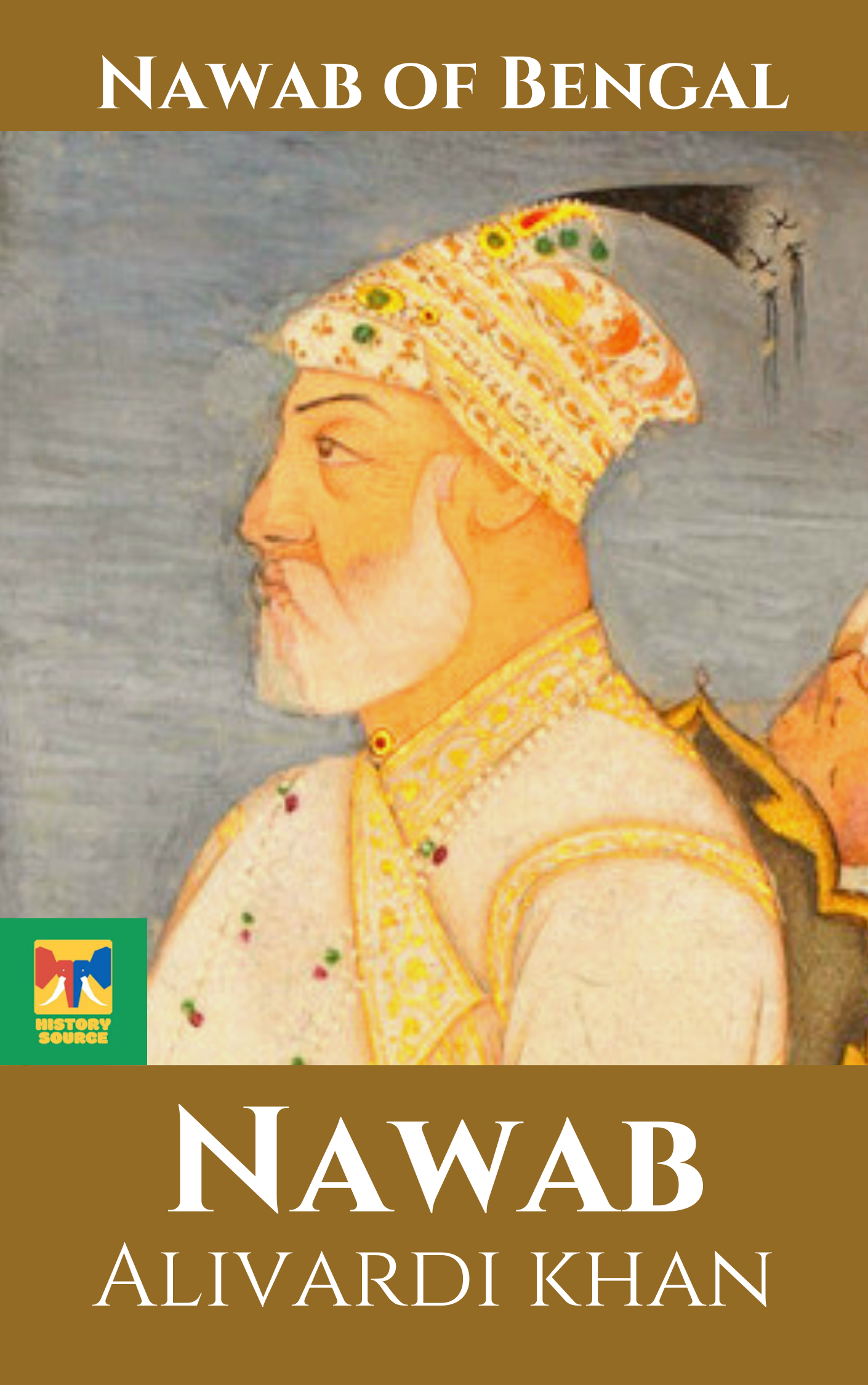 Roghuji Vosle attacked Bengal on Mustofa Khan’s instigation. When two of his commanders, Sardar Khan and Samsher Khan helped Raghuji to escape from a dire situation, Alibordi fired them. When his new commander Mir Jafor failed to show determination he was replaced by Ataullah Khan. These two conspired to dethrone nawab Alivardi.

When Mustofa Khan fled to Ajodhya, Alibordi Khan returned to Patna and heard about Maratha general Roghuji vosle’s advancement towards Bengal. So Alibordi went back to Murshidabad to protect the capital, giving his son-in-law Joyen Uddin (Zain ud Din)  the responsibility to protect Bihar and to keep an eye on the rebels’ movement. Alibordi sent a messenger to Roghuji requesting him not to attack Bengal. Nawab alibordi’s such request made Roghuji think that alibordi was frightened. So he sent a messenger to the nawab demanding 30 millions. But Alibordi refused. Because he thought that the Marathas would not be able to engage in a war in the rainy season and thus Mustafa Khan would be fittingly punished. On the other hand, seeing Alibordi preoccupied with the Marathas, Mustafa attacked Bihar with more soldiers than before. But, by means of skill and fortune Joyen Uddin defeated and killed Mustafa Khan in the battle.

After failing to come to an agreement with the Marathas for two months, Alibordi decided to go to war with the Marathas. Afraid of the nawab’s advancement, Roghuji entered Bihar. His aim was to join Mustafa Khan’s son Murtoza Khan to increase the number of soldiers. But Roghuji left Bihar thinking that the soldiers were not enough. Unable to catch the Marathas, Alibordi set up camp in Bakapur in the west of Bihar. When he heard that Roghuji Vosle was crossing the Sone river to meet the Afghans, Alibordi set out for Mohib Alipur, on the bank of Sone river.

Roghuji advanced towards Alibordi’s camp along with many Afgan soldiers. A few skirmishes took place and Alibordi won in each of them. On one occasion Alibordi’s soldiers surrounded the Maratha commander Roghuji, but he had a narrow escape when Samshar Khan and Sardar Khan helped him escape, because they were secretly trying to reach an understanding with the enemy. Hearing about this betrayal Alibordi became Afraid and sent a messenger to Roghuji for a truce. But seeing no chance of winning against Alibordi in a face to face fight, Roghuji began to advance towards Murshidabad with his soldiers on Mir Habib’s advice. His goal was to loot Murshidabad before Alibordi’s arrival. Alibordi arrived in Murshidabad one day after the Marathas. They were able to loot one part of Murshidabad in one day. They fled after the nawab’s arrival and crossed the Vagirathi river. Alibordi chased them again. Alibordi compelled the Marathas to fight at close quarters in Katwa and defeated them. Then the Marathas began to flee towards Medinipur. As soon as he reached Medinipur, Roghuji heard about the rebellion in his own state. So he returned to the Berar province with most of his soldiers. He appointed Mir Habib and the Afghans to protect Cuttack. Alibordi gave up his will of regaining Cuttack and went back to Murshidabad. Because his soldiers needed time off. Besides he wanted to rectify his soldiers as he noticed their misbehavior in the battle ground. Then he fired betrayer Sardar Khan and Samsher Khan along with 6,000 soldiers and ordered them to go home.

Not seeing any possibility of war, Alibordi decided to marry off Joyen Uddin’s son Siraj ud Daulah and Nawajesh Ahmad’s  son Akram ud Daulah. On this occasion of marriage alibordi distributed more than 2,000 valuable clothing among his courtiers and arranged to feed all of his subjects for one month. The marriage ceremony was completed with a lot of decoration, bright lighting and grandeur.

Now the nawab decided to expel the Marathas and the Afghans from Cuttack. Alibordi appointed Mir Jafor as the commander in chief and endowed him with many soldiers. Mir Jafor was previously appointed to pay the salary of the soldiers. To encourage him, Alibordi also appointed him as the fauzdar (police chief) of Hooghly and Medinipur. Jafor defeated a small group of soldiers in Medinipur. After that without chasing the enemies he sent his soldiers to the barrack and idled in luxury and laziness. But the nawab’s order was to advance towards Cuttack and prevent the soldiers coming from the Berar province to join the enemy soldiers who were already there. Because the prince of Berar, Janakji was planning to attack Bengal. Finally Janakji entered Cuttack along with soldiers. Mir Jafor gave up his will to protect Medinipur and began to run off towards Bardhaman in fear. The enemies chased him and seized a lot of elephants from Jafor. Upon receiving this news Alibordi sent Ataullah as Mir Jafor’s replacement as commander along with many soldiers. Alibordi himself set out with a group of soldiers. Ataullah Khan defeated the enemies in Bardhaman. One of Ataullah’s captains who pretended to be a soothsayer, told him that he would be the nawab of Bengal. Allured by this, Attaullah thought that was a high time for independence. He promised Mir Jafor the power of Bihar and initiated a plan with him to dethrone the nawab. But after a few days Jafor refused to go along. Alibori heard about this conspiracy. He decided to reduce their power. He insulted Jafor on account of the Medinipur incident. Angered by this insult Jafor stopped coming to the royal court. On the other hand, Ataullah demanded Alibordi to make Ali Asgar the commander of 1,000 infantry. But Alibordi refused. So Ataullah threatened to leave the army. Alibordi granted permission. Ataullah along with his companions left Murshidabad. Then the nawab decided to forgive Mir Jafor. When a relative of Jafor died, Alibordi went to see Jafor to show his sympathy, but Jafor thought that the nawab was afraid of his influence and came to pay him respect. So he did not greet the nawab. Infuriated by this, Alibordi went back to his camp. Nawab ordered Jafor to settle all accounts. Then he fired Jafor from all posts. The soldiers who worked under Jafor, left him too. Jafor became worried and asked Alibordi’s forgiveness. But Alibordi told him to go home.

Despite all these feuds and loss of commanders, Alibordi defeated the Marathas on several occasions. 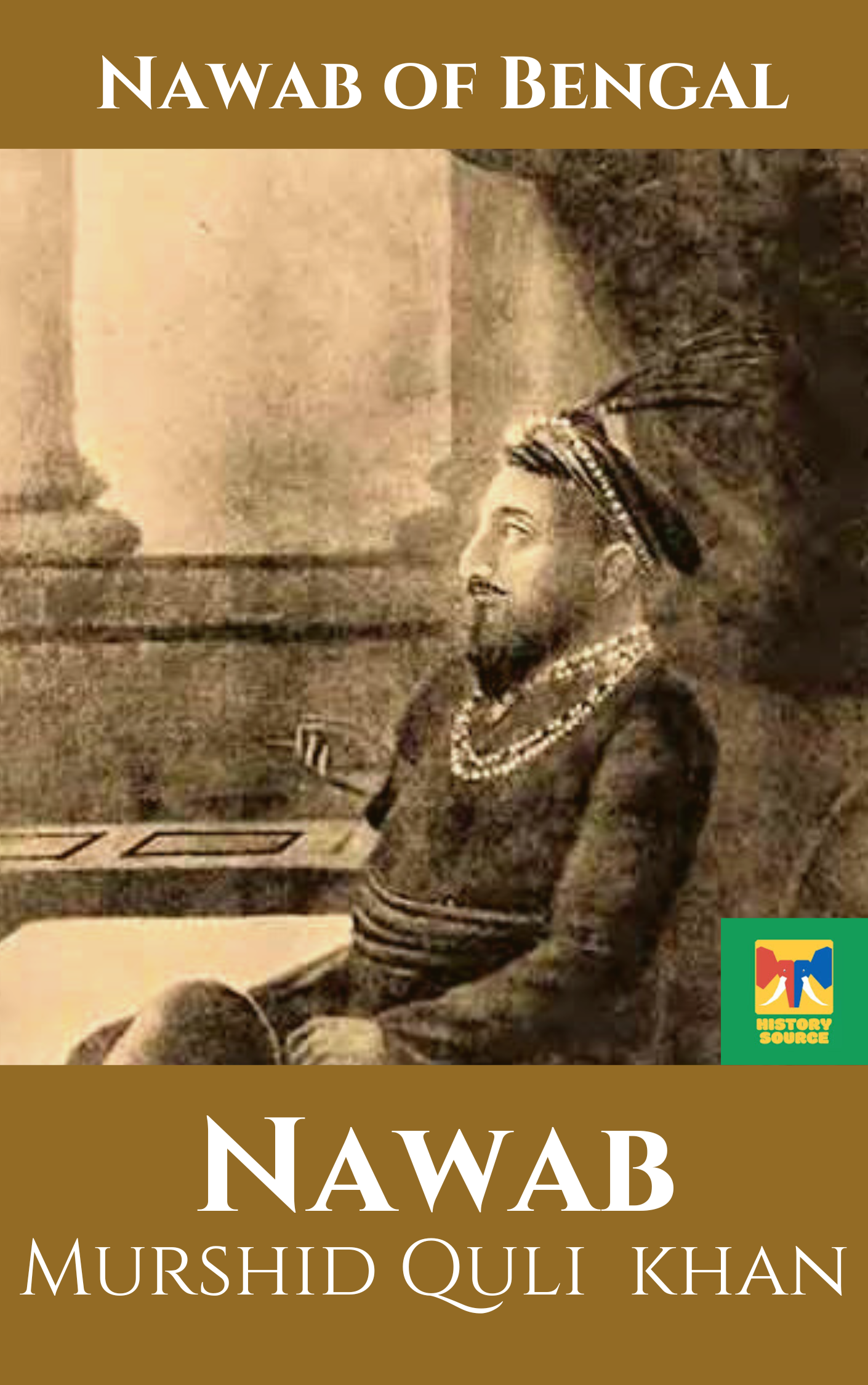 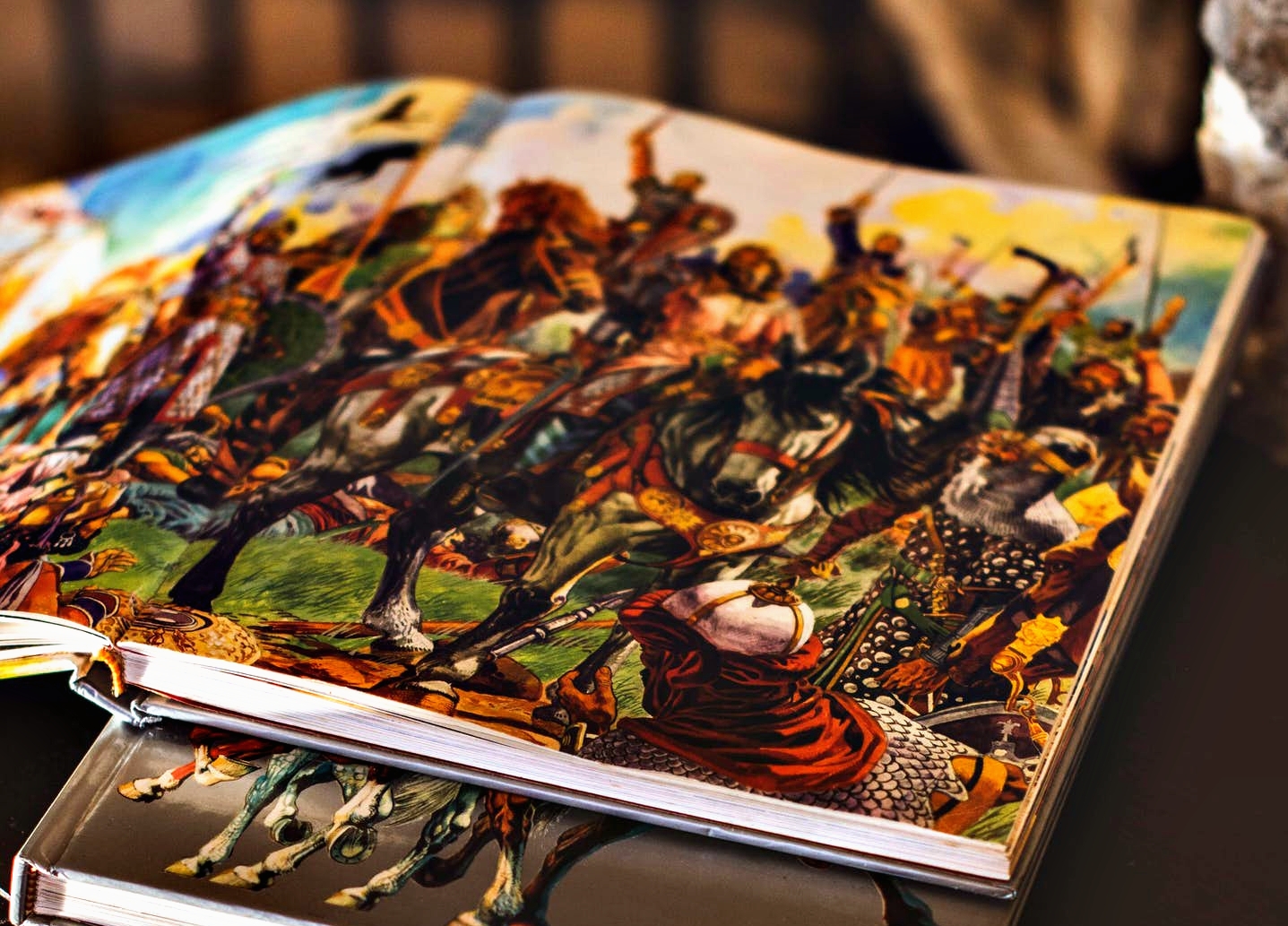 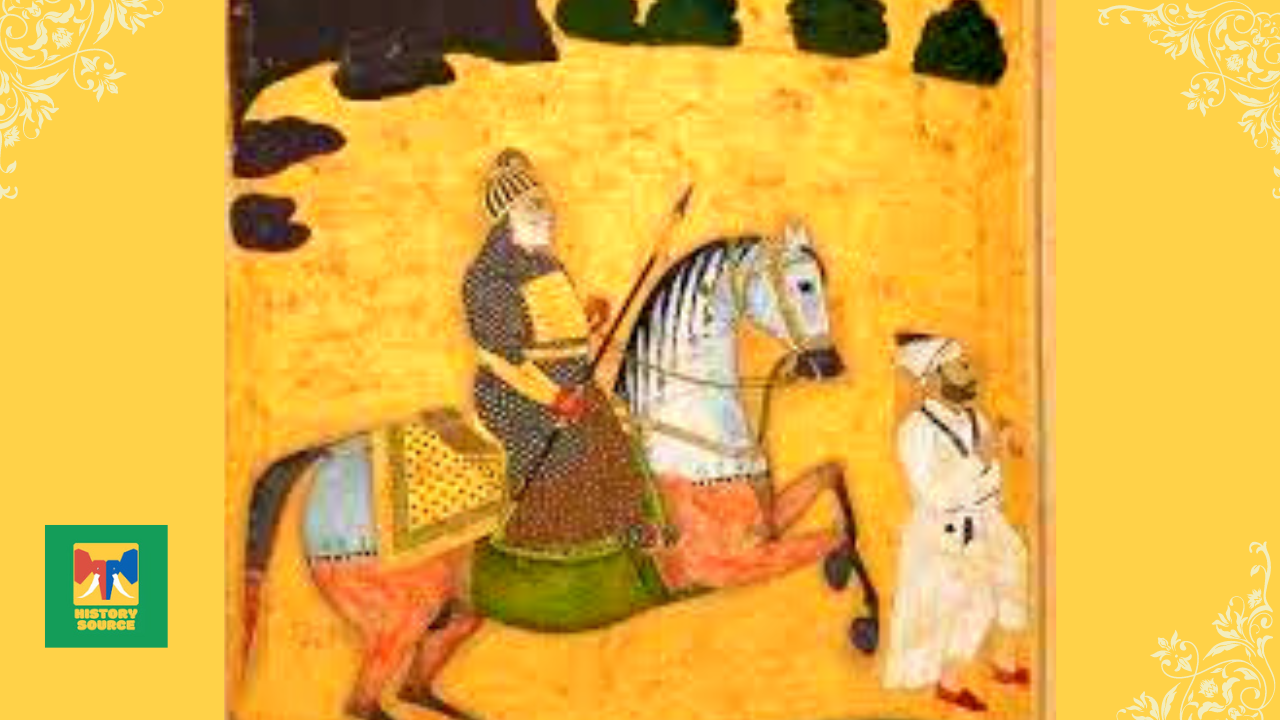 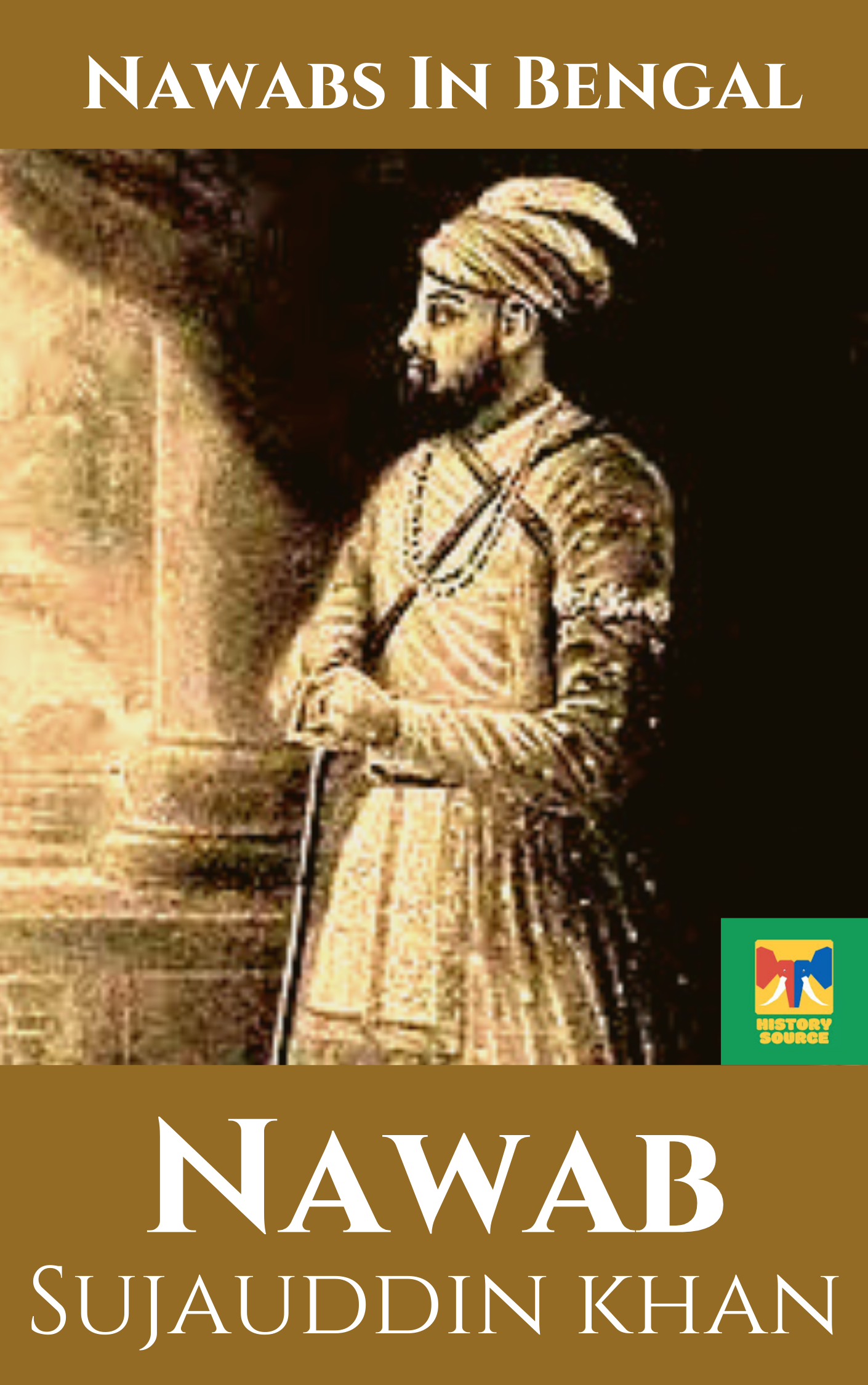