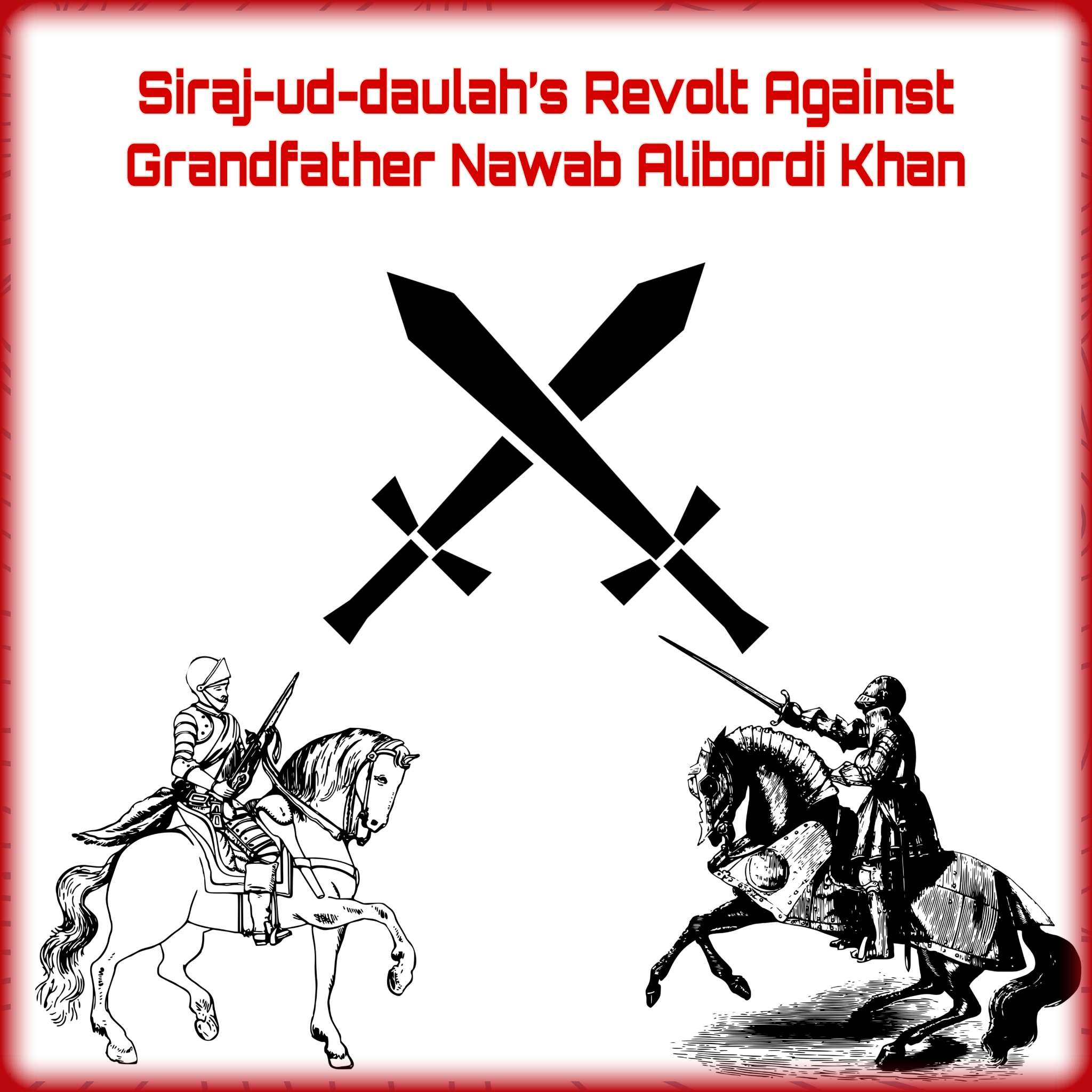 When Alibordi appointed Raja Jankiram as Siraj uddaulah’s representative to rule Bihar, Siraj felt neglected and attacked Jankiram to seize control, but failed. Alibordi arrived at the scene of the occurrence and declared Siraj the next nawab. Later he signed a treaty with the Marathas that ended his long running struggle against the Marathas. But peace came at a high cost. Later two of Alibordi’s son-in-laws died in quick succession and Alibordi fell severely ill and domestic feud set in the nawab family

After the defeat of Samsher Khan, Maratha chief Janoji realized that he was no match for Alibordi Khan in the battlefield. So he went to Medinipur with his soldiers. When he died a few days later, Mir Habib went to Nagpur with a group of soldiers.

Alibordi decided to stay in Medinipur in the rainy season. So he set out for Medinipur to build a house. After his arrival in Medinipur Alibordi heard that his beloved grandson had left Murshidabad in order to attack Raja Janki ram to seize the power of Bihar. Alibordi returned to Murshidabad with a few soldiers. He stayed there for one day so that his soldiers could rest. The next day he set out for the imprudent youth Siraj. In the meantime, he wrote a letter to Siraj stating that he wanted to choose Siraj the heir of Bengal-Bihar-Orissa and asked him to return to Murshidabad. Siraj replied insolently that Alibordi appointed his brothers in important royal posts and was pretending to be affectionate to him, so he no longer wanted to be under control like a baby. Siraj also wrote that he was determined to earn his real rights by means of muscle as the nawab was not willingly giving him his share of the royal power. So he warned his maternal grandfather not to come in his way, otherwise one of them would die. In reply Alibordi wrote that Siraj was complaining of being neglected because of improvidence and lack of judgement and that Alibordi only made him ruler of a single state, but wanted to instate him as the ruler of the entire Bengal. At the end of the letter Alibordi wrote that,” people who sacrifice their lives for religion often forget that lovers who sacrifice their lives for affection are better than them. Finally the two will be compared; one of them is killed by enemies and the other by friends.”

After reaching the outskirts of Patna, Siraj asked Jankiram to hand over the city to him. He also said that he would repay him for his kindness if Jankiram accepted Siraj’s supremacy. Jankiram was at a loss to hand over power without the nawab’s consent and as there was possibility of the nawab’s grandson’s physical harm. But he made a decision to protect his state until Nawab Alibordi ordered him otherwise.

Furious with Jankiram’s behavior, Siraj attacked the city. His chief adviser and commander Mehedi Nasar Khan was killed at the beginning of the clash, other soldiers fled. Siraj took shelter in the suburbs of the city. Alibodi arrived in Patna and solved the crisis. He declared Siraj the next nawab. Then the two returned to Murshidabad. After a few days Alibordi fell severely ill. It took him a long time to come round.

Alibordi got rid of all his enemies by this treaty. He reduced his soldiers and began to work for the improvement of the villages that were damaged by the skirmishes. After a few days Alibordi’s elder brother Haji Ahmad’s son and his son-in-law Nawazesh Muhammad Khan died and a few days later Haji Ahmad’s another son and Alibordi’s another son-in-law Sayed Ahmad died too. After their death Alibordi fell ill of dysentery. Though physicians were doing all they could, Alibordi’s condition worsened. Disputes among the nawab family arose at the possibility of Alibordi’s death. Alibordi’s elder daughter and Nawazesh’s wife Ghaseti Begum took all her wealth and moved to Motijhil. She spent a great deal of money among people loyal to her dead husband. After Alibordi Khan’s death this loyal class would side with Ghaseti Begum and dethrone Siraj ud Daulah.