The Battle Of Bihar Between Nawab Alibordi Khan And The Rebels 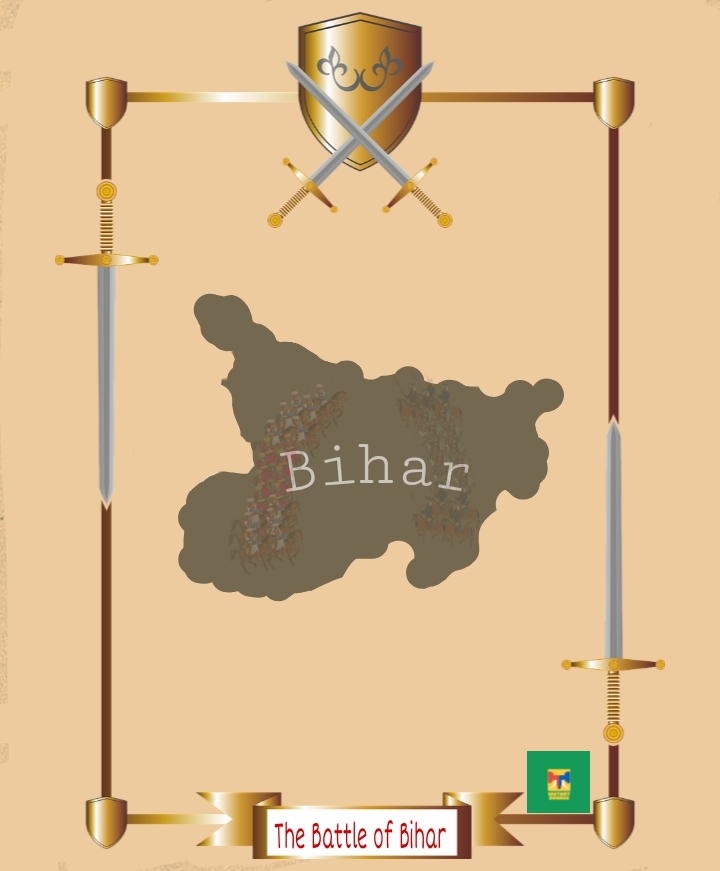 When two of Alivardi's former commanders killed his brother Haji Ahmad and son-in -law and the ruler of Bihar Joyen Uddin at the Marathas' instigation, Alivardi took 40,000 soldiers with him and set out to repel the rebels.

After his fall out with Ataullah Khan and Mir Jafor Khan, nawab Alibordi decided not to go to war with the Marathas in the rainy season. Alibordi prepared a new army by the end of the rainy season and set up camp at Aminganj near Murshidabad. On the other hand, Samsher khan and Sardar khan apologized for their past mistakes and expressed their interest to get a job under joyen Uddin, the ruler of Bihar. They also said that they would be rebellious unless they were given jobs. Nawab Alibordi unwillingly granted permission. Then Joyen Uddin asked the commander to join work. They agreed nominally. Once the salary was fixed, Samsher and Sardar Khan arrived at the coast of Ganga in patna with soldiers. Joyen Uddin met them there and invited them to the court. Samasher and Sardar asked Joyen to be in the court without any guard for their security. Only Joyen’s servants were allowed to be there. Joyen uddin agreed to their proposal and the day of the meeting was fixed.

Joyen came to the reception room to await the arrival of Samsher and Sardar Khan. He did not keep any bodyguards with him as promised. Along with 1,000 soldiers, guns and blazing matches Sardar Khan entered the royal court. In disguise of watching over Joyen, he stood beside Joyen Uddin. Joyen asked him where Samsher khan was. He replied that Samsher was coming. Then Sardar ordered all his companions to get out of the house so that others could enter. On the other hand, Joyen was serving everyone betel leaves as it was a custom of Bihar. Suddenly an Afghan soldier attacked joyen Uddin with a knife, but missed. One of Joyen’s servants screamed, “betrayer !”. Before Joyen was able to unsheathe his sword, Sardar Khan killed him. Joyen uddin’s soldiers surrendered to the forces of Samsher khan and the Afghans. Haji Ahmad was imprisoned and was asked about the riches of Joyen Uddin. He was tortured for seventeen days and died eventually. Samsher imprisoned Joyen’s wife and Alibordi’s daughter Amena Begum along with joyen’s other wives. At that time, the Afghans began to plunder and torture people in Bihar. To save their houses from plundering,  the inhabitants of Bihar were compelled to pay the Afghans large sums of money.

The death of his brother, nephew and son-in-law, the imprisonment of his daughter and losing Bihar to the enemies made Aliboardi worried. But he kept his courage unimpaired and endured this adversity with patience and prepared himself to struggle with ill fate. Nawab called his main commanders in a meeting. Alibordi believed that one or two of his commanders joined the rebels, since they betrayed him before. Alibordi asked the commanders’ advice. The commanders unanimously said that they would earnestly follow his orders. Nawab also said that his life would be unbearable if he could not avenge his murdered brother and son in law and free their families. Either he would punish the rebels or he would sacrifice his life. If someone put his life in danger to join him in the war, he would be rewarded. But no one would be punished if they were unwilling to go to the war, because the nawab was benefited by them in the past but could not repay them. He only needed a handful of soldiers to accomplish his purpose.  In reply they loudly said that, “you were always kind to us, we are grateful for that. We are ready to sacrifice our lives for you if needed. Then the commanders swore on the Quran. Convinced of their loyalty Alibordi paid their due salary and began to prepare for the coming war.

In the meantime, the Marathas  advanced from Bardhaman and began to plunder near the capital. The nawab knew that attacking them would be useless as the Marathas would not engage in a face to face fight and that would only make the rebels powerful. So Alibordi did not give up his plan. Nawab put Syed Ahmad in charge of protecting the route from Ganga to Murshidabad. Necessary foodstuffs were coming through that route. Nawab placed him in Bhagwangola. Nawab gave Nawazesh Muhammad and Ataullah Khan 5,000 soldiers put them in charge of protecting Murshidsbad. He also declared that the Marathas were near the city, but he had to go to Bihar to fight the rebels. So he asked the citizens to move to someplace safe with their families. Crossing the Ganga river, most of the citizens took shelter in safe places, With their families and goods. Alibordi took 20’000 cavalry and 20,000 infantry and set out from Aminganj. Numbers of boats were collected and nawab’s force advanced through the Ganga river loading the boats with a lot of food. A skirmish took place in Munger between the nawab’s force and the Marathas. Alibordi got hold of some letters written to the rebels by Ataullah. Ataullah encouraged the rebels to fight and expressed desire to join the rebels in an opportune time. Some zamindars and Joyen Uddin’s companions joined the nawab  in Munger. They informed that the rebels left Patna and set camp in Rarh and they had 50,000 soldiers including cavalry. The rebels were expecting the Marathas to join them. Janoji Vosle and Mir Habib met the rebels. Janoji acknowledged Samsher Khan as the subahdar of Bihar. The next day Mir Habib met Samsher Khan. After the meeting  Samsher requested Habib to take rest and went away, but secretly ordered the guards to arrest him. Because Samsher killed Joyen Uddin as per the Marathas’ request and collected soldiers for them, so they must pay for the expense. That was why he imprisoned Habib as collateral. But Habib got wind of this tactic of Samsher. So he ordered his cavalry soldiers to go and disclose that he was in danger. Hearing this, the Marathas thought of attacking Samsher but later decided against it. But Samsher would not let go of Habib for nothing. Samsher took a lot of money from the Marathas and imprisoned some merchants instead of Mir Habib. As a result, the Marathas did not join with the rebels; rather they decided to wait for an opportune time to loot everything from the nawab or the soldiers of Bihar.

In the meantime, Alibordi arrived at the battlefield with his army. Sardar khan was killed at the beginning of the battle. Half of the rebel force became disorderly. Fear transfused among Samsher Khan’s soldiers also. But suddenly Marathas advanced to attack the nawab from behind. Their goal was to loot the nawab’s camp while he was busy in the battle. Siraj ud daulah asked the nawab to send some soldiers to obstruct the Marathas. In reply nawab said that he wanted to defeat the enemies in front, then he would easily defeat the Marathas. Then he attacked the rebel force fiercely. Overwhelmed by sudden fright the rebels began to run off, leaving shamsher Khan behind. A soldier named Hobi Beg killed Samsher in the battle ground and took his severed head to the nawab. Seeing the rebels' defeat the Marathas left without fighting. Nawab easily took control of the rebels’ camp. He found his daughter and other families there. After liberating them he expressed his gratitude to the almighty. Then he set the governance of Bihar in order and appointed his son in law Siraj the ruler of bihar. As Siraj was a minor, Alibordi appointed Raja Jankiram as Siraj’s representative to perform duties on behalf of him. Besides,  Alibordi made his second son-in-law the fauzdar of Purnia. Then he returned to Murshidabad with a victory parade.